I posted just awhile back about catching up with leaders of the past. One of my connections was Doug Brown (see 29 May 16 posting). Since catching up with Doug, we have talked almost every day since.

One of our mutual associates was another officer that served with us in Alaska, Ted Kuchta (see Fitz’s and his Spare Tire chapter in my book: There’s a Moose in the Guard Shack). Getting into contact with Ted came from an offhand comment from Doug. “Have you been in contact with Ted?”

To my surprise, Doug had Ted’s email address. I jumped on that right away.

It took a while, but finally the other day I got a response. I was thrilled to have made another reattachment.

I had worked with Ted during my Army days in Alaska. Ted came to my unit (1973) as the first school trained POL Officer (Petroleum, Oils, and Lubricants) since my original Platoon Leader had been relieved way back in early 1971. The Army in Alaska was pretty far down on the priority list at this time due to the continued field exercise being conducted in Southeast Asia. In late 1973, things had begun to ease up just a bit and we seemed to be getting our fill of both officers and enlisted personnel.

Ted filled a need that we had had for some time. It wasn’t that his predecessors were ineffectual or simply caretakers while waiting his eventual arrival, not in the least. Actually, for some time, I had been the lone officer in the platoon. The first guy assigned to fill the shortage might have been considered a caretaker. Gary was a Transportation Corps officer and really didn’t fit the need—or any other need either. Gary washed out and was given a second chance leading a TC platoon, but didn’t cut it there either. Two eithers and Gary disappeared.

Larry Wilson, a Quartermaster Lieutenant, arrived next and was assigned to my Class II & VII Section. Still having problems in the POL Section, I was finally able to convince the Command that my biggest need was a petroleum officer. Short of that, I needed an officer to fill the leadership role while I continued to oversee and monitor the accountability role. This was a workable solution and actually allowed the unit to prosper while waiting on given expertise.

After little over a year, another couple of Quartermaster Lieutenants showed up. Cliff White was assigned the position of Class II & VII Section Leader, the position that Larry had vacated, allowing me to spend more time with Larry and his development. There’s another face or two that lead the II & VII Section in the mean while, but we will not go into them here—both came from combat arms assignments and were not fully suited for the position. Cliff had the training, he just needed the experience. Like all three, Larry, Doug and Ted; I have searched for Cliff all over the internet looking places.

Soon after Cliff’s arrival, Doug Brown arrived. (See Catching up with Leaders of the Past posting just prior to this posting). All of a sudden, I had almost a full complement of officers filling positions within my platoon. The only shortage that existed—as it had from the day I arrived—was an Ammunition Warrant Officer. That was soon resolved by a Warrant being assigned to my senior ammunition NCO—finally not just full strength, but over strength. Doug was extra.

As it worked out, Larry was able to seek out a position in the Battalion Operations Staff Section and that opened the way for Doug to take over the POL Section. This worked out just fine for the period of time that Doug filled the position. Remember, Doug had come from Officer Candidate School (OCS) and other than his enlisted general supply experience, he had no POL experience; just like Larry.

Not very long after Ted’s arrival, the Truck Platoon Leader departed and Doug volunteered to take the position, thereby allowing Ted to put his training to full use in my POL Section. Immediately, we had Ted in the field on short duration exercises getting the experience that he needed. One of Ted’s first several exercises actually took him to Fort Yukon, Alaska—just inside the Arctic Circle—a real stroke of luck for a new Second Lieutenant.

Not long thereafter, we found ourselves in February, 1974 at Fort Greely, Alaska in a major field exercise and Ted was really getting his indoctrination in Arctic POL Support functionality. He performed very well, I am proud to say. Ted had all the attributes to become a fine Army Officer. I have since learned from Ted that he served 22 years in the Army and is in sales now.

Everybody mentioned above (excluding Gary) possessed leadership ability and I would be proud to stand alongside any one of them when a time of need for such requirements existed. They proved their worth under some extreme circumstances that can be matched by few others. 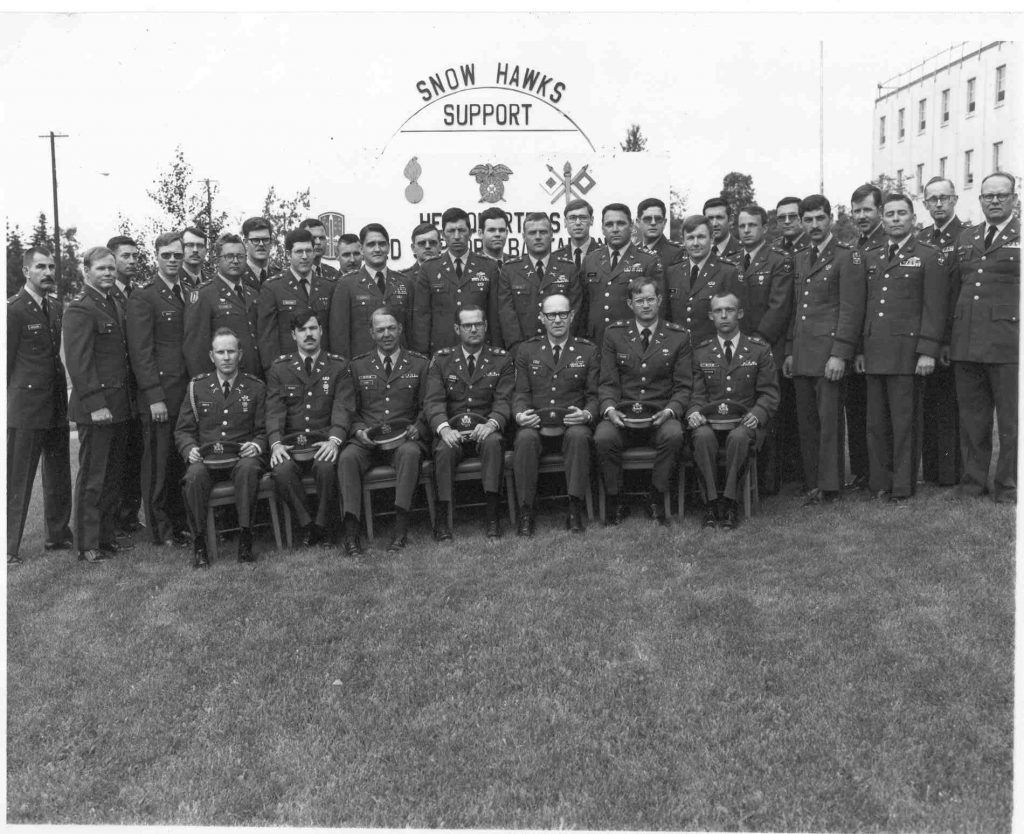